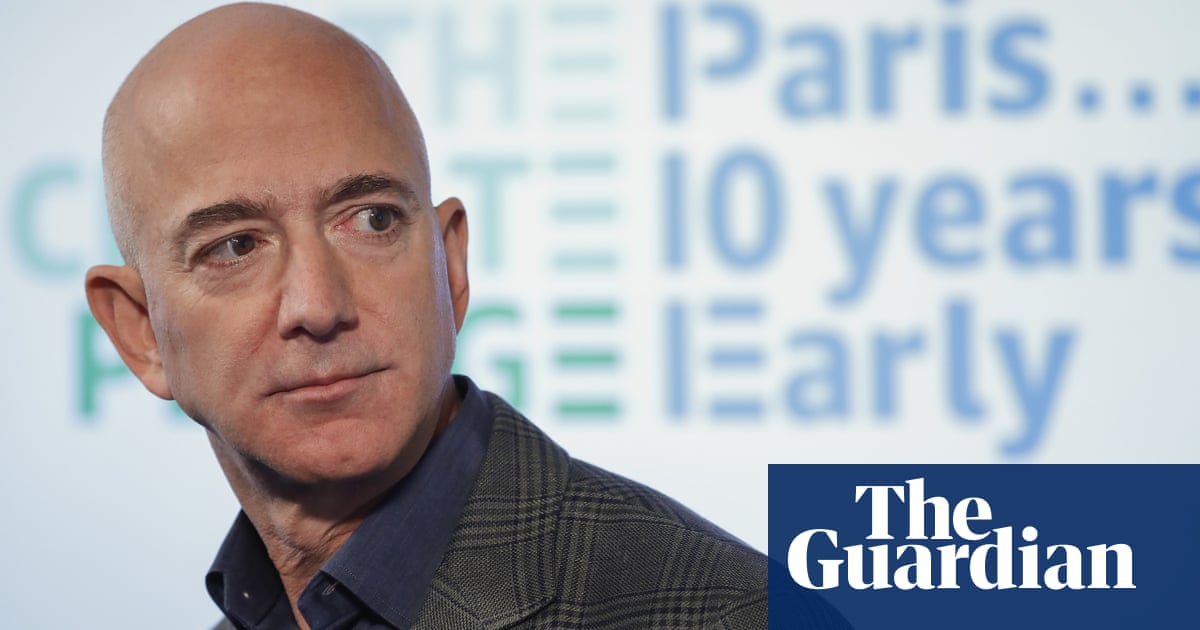 Jeff Bezos met federal investigators in April 2019 after they received information about the alleged hack of the billionaire’s mobile phone by Saudi Arabia, the Guardian has been told.

Bezos was interviewed by investigators at a time when the FBI was conducting an investigation into the Israeli technology company NSO Group, according to a person who was present at the meeting.

Reuters first reported on Thursday that the FBI was investigating the role of NSO in possible hacks of US residents and companies, citing four people familiar with the inquiry. Reuters also reported that the FBI had met Bezos in connection with the alleged hacking of his phone.

The FBI investigation into NSO has been under way since 2017, when officials were seeking information about whether the company had received any of the code it needed to infect smartphones from US hackers, Reuters reported.

In a statement provided by the strategy firm Mercury Public Affairs, NSO said: “We have not been contacted by any US law enforcement agencies at all about any such matters and have no knowledge or awareness of any investigative actions. Therefore, we cannot comment further.”

NSO has previously said government customers are the ones who do the hacking.

Two independent investigators at the United Nations, Agnes Callamard and David Kaye, revealed last week that they have launched their own inquiry into allegations that Bezos’s phone was hacked on 1 May 2018 after he apparently received a video file from a WhatsApp account belonging to Mohammed bin Salman, the Saudi crown prince. The investigators are examining whether the alleged hack occurred in connection to Bezos’s role as the owner of the Washington Post.

An analysis of the alleged hack that was commissioned by the Amazon founder has not concluded what kind of spyware was used.

NSO said last week it was “shocked and appalled” by allegations that Bezos’s phone had been hacked. The company also said: “We can say unequivocally that our technology was not used in this instance.”

Saudi Arabia has called the claim that it was involved in the hack “absurd”.

A person who was present at the April 2019 meeting between Bezos and investigators said it took place at the offices of Bezos’s lawyer, Matthew Schwartz, at the firm of Boies Schiller Flexner.

WhatsApp, which is owned by Facebook, has separately referred a civil claim it filed against NSO last year to the Department of Justice. WhatsApp has said it believed NSO has violated criminal laws, including the Computer Fraud and Abuse Act, a federal law that is used to prosecute hackers.

WhatsApp has claimed 1,400 users were hacked using NSO technology over a two-week period in April-May last year, after NSO was allegedly able to exploit a WhatsApp vulnerability that was later fixed. NSO has staunchly denied the claim and has said it would vigorously defend itself in court.

NSO has faced scrutiny after multiple claims that its technology has been used against journalists, human rights campaigners, academics and high-ranking government officials. Citizen Lab at the University of Toronto Munk school, which investigates hacking cases, said this week it believed the New York Times reporter Ben Hubbard, who has written a book about Prince Mohammed, had been targeted by spyware known as Pegasus, which is made by NSO.

NSO has said its technology is used by clients to combat crime and terrorism. It has said it investigates claims of abuse of its technology. The company has previously denied ever being contacted by the US Department of Justice. NSO has also said its technology cannot be used against US mobile phone numbers, though WhatsApp has disputed that claim in its lawsuit against NSO.

The Guardian has been told that federal investigators received further information about NSO technology in early 2019, including detailed information about how Pegasus works, ways the malware can self-destruct and become undetectable, and that it can automatically uninstall.

New revelations about the alleged hacking of Bezos’s phone have caught the attention of a handful of politicians in Washington who have sought more information about the alleged hack, including whether there was any evidence that Saudi Arabia had infected phones of any members of the Trump administration.